This post describes how high-frequency spenders can use the scaling technique of payment batching to reduce transaction fees and block space use by about 75% in practical situations. As of January 2021, payment batching is used by multiple popular Bitcoin services (mainly exchanges), is available as a built-in feature of many wallets (including Bitcoin Core), and should be easy to implement in custom wallets and payment-sending solutions. On the downside, use of the technique can lead to temporary unexpected behavior for the receivers of payments, a possible inability to fee bump, and may result in a reduction of privacy.

A typical Bitcoin transaction using P2WPKH inputs and outputs contains one input from the spender of about 67 vbytes and two outputs of about 31 vbytes each, one to the receiver and one as change back to the spender. An additional 11 vbytes are used for transaction overhead (version, locktime, and other fields).

If we add just 4 more receivers, including an additional 31 vbyte output for each one of them, but otherwise keep the transaction the same, the total size of the transaction becomes 264 vbytes. Whereas the previous transaction used all 140 vbytes to pay a single receiver, the batched transaction uses only about 53 vbytes per receiver—a bit over 60% savings per payment.

Extrapolating this simple best-case situation, we see that the number of vbytes used per receiver asymptotically approaches the size of a single output. This makes the maximum savings possible a bit over 75%.

Realistically, the more a transaction spends, the more likely it is to need additional inputs. This doesn’t prevent payment batching from being useful, although it does reduce its effectiveness. For example, some services may receive payments of about the same value as the payments they make, so for every output they add, they need to add one input on average. Savings in this typical case peak at about 30%.

Services that find themselves frequently using more than one input per transaction may be able to increase their savings using a two-step procedure. In the first step, multiple small inputs are consolidated into a single larger input using slow (but low-feerate) transactions that spend the service’s money back to itself. In the second step, the service spends from one of its consolidated inputs using payment batching and achieves the best-case efficiency described above.

If we assume that consolidation transactions will pay only 20% of the feerate of a normal transaction and will consolidate 100 inputs at a time, we can calculate the savings of using the two-step procedure for our one input per output scenario above (while showing, for comparison, the simple best-case scenario of already having a large input available).

For the typical case, consolidation loses efficiency when only making a single payment, but when batching multiple payments, it performs almost as well as the best case scenario.

In addition to payment batching directly providing a fee savings, batching also uses the limited block space more efficiently by reducing the number of vbytes per payment. This increases the number of payments users can make and so, given constant demand, can make it more affordable to send Bitcoin payments. In that way, increased use of payment batching may lower the feerate for all Bitcoin users.

In summary, payment batching provides significant savings for services that typically have inputs available that are 5 to 20 times larger than their typical output. For services not in that position, the savings from batching alone are smaller but perhaps still worth the effort; if the services are willing to also pre-consolidate their inputs, the savings can be quite dramatic.

Note: the figures and plots above all assume use of P2WPKH inputs and outputs. We expect that to become the dominant script type on the network in the future (until something better comes along). However, if you use a different script type (P2PKH, or multisig using P2SH or P2WSH), the number of vbytes used to spend them are even larger, so the savings rate will be higher.

The fee-reduction benefits of payment batching do create tradeoffs and concerns that you will need to address when using the technique.

This is the primary concern with payment batching. Although some situations naturally lend themselves to payment batching (e.g. a mining pool paying hashrate providers in a block the pool mined), you will probably need to get the user to accept that their payment will not be broadcast immediately—it will be held for some period of time and then combined with other withdrawal requests.

Users will notice this delay because they won’t receive a notification in their receiving wallet that an unconfirmed transaction is on the way until you send the batch containing their payment. Also by delaying sending of their payment, you also delay when it’s confirmed (all other things being equal, such as feerates).

To mitigate the problem of delays, you may allow the user to choose between an immediate broadcast and a delayed broadcast with a different fee provided for each option. For example:

A second concern with payment batching is that it can make users feel like they have less privacy. Every user you pay in the same transaction can reasonably assume that everyone else receiving an output from that transaction is being paid by you. If you had sent separate transactions, any onchain relationship between the payments might be less apparent or even non-existent. 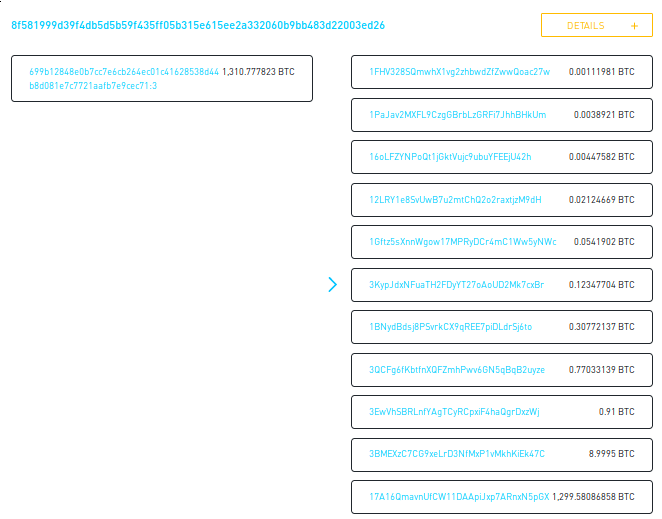 Note that transactions belonging to particular Bitcoin services are often identifiable by experts even if they don’t use payment batching, so batching doesn’t necessarily cause a reduction in privacy for those cases.

It may be possible to partially mitigate this problem by sending batched payments in a coinjoin transaction created with other users. Depending on the technique used, this would not necessarily reduce the efficiency of batching and could provide significantly enhanced privacy. However, naive implementations of coinjoin previously provided by Bitcoin services have had flaws that prevented them from providing significant privacy advantages. As of January 2021, no currently-available coinjoin implementation is fully compatible with the needs of payment batching.

A final concern is that you may not be able to fee bump a batched payment. Transaction relay nodes such as Bitcoin Core impose limits on the transactions they relay to prevent attackers from wasting bandwidth, CPU, and other node resources. By yourself, you can easily avoid reaching these limits, but the receivers of the payments you send can respend their outputs in child transactions that become part of the transaction group containing your transaction.

These problems are not unique to batched payments—independent payments can have the same problem. However, if an independent payment can’t be fee bumped because the independent receiver spent their output, only that user is affected. But if a single receiver of a batched payment spends their output to the point where fee bumping becomes impossible, all the other receivers of that transaction are also affected. It’s also easy for any of the receivers to deliberately create transactions that reach one of the limits and prevent fee bumping if they know that you’re relying on that capability, an attack known as transaction pinning.

If using your own implementation, you are probably already creating transactions with two outputs in most cases (a payment output and a change output), so it should be easy to add support for additional outputs. The only notable consideration is that Bitcoin Core nodes (and most other nodes) will refuse to accept or relay transactions over 100,000 vbytes, so you should not attempt to send batched payments larger than this.